skip to main | skip to sidebar

Neurosurgeon Mumbai: "Consult us for Neurological problems.�"
Posted by Unknown at 1:35 AM No comments:

A brain-recording device that melts into place

Scientists have developed a brain implant that essentially melts into place, snugly fitting to the brain's surface. The technology could pave the way for better devices to monitor and control seizures, and to transmit signals from the brain past damaged parts of the spinal cord.


"These implants have the potential to maximize the contact between electrodes and brain tissue, while minimizing damage to the brain. They could provide a platform for a range of devices with applications in epilepsy, spinal cord injuries and other neurological disorders," said Walter Koroshetz, M.D., deputy director of the National Institute of Neurological Disorders and Stroke (NINDS), part of the National Institutes of Health.

The simplest devices for recording from the brain are needle-like electrodes that can penetrate deep into brain tissue. More state-of-the-art devices, called micro-electrode arrays, consist of dozens of semi-flexible wire electrodes, usually fixed to rigid silicon grids that do not conform to the brain's shape.

In people with epilepsy, the arrays could be used to detect when seizures first begin, and deliver pulses to shut the seizures down. In people with spinal cord injuries, the technology has promise for reading complex signals in the brain that direct movement, and routing those signals to healthy muscles or prosthetic devices.

"The focus of our study was to make ultrathin arrays that conform to the complex shape of the brain, and limit the amount of tissue damage and inflammation," said Brian Litt, M.D., an author on the study and an associate professor of neurology at the University of Pennsylvania School of Medicine in Philadelphia. The silk-based implants developed by Dr. Litt and his colleagues can hug the brain like shrink wrap, collapsing into its grooves and stretching over its rounded surfaces.

The implants contain metal electrodes that are 500 microns thick, or about five times the thickness of a human hair. The absence of sharp electrodes and rigid surfaces should improve safety, with less damage to brain tissue. Also, the implants' ability to mold to the brain's surface could provide better stability; the brain sometimes shifts in the skull and the implant could move with it. Finally, by spreading across the brain, the implants have the potential to capture the activity of large networks of brain cells, Dr. Litt said.

Besides its flexibility, silk was chosen as the base material because it is durable enough to undergo patterning of thin metal traces for electrodes and other electronics. It can also be engineered to avoid inflammatory reactions, and to dissolve at controlled time points, from almost immediately after implantation to years later. The electrode arrays can be printed onto layers of polyimide (a type of plastic) and silk, which can then be positioned on the brain.

Recently, the team described a flexible silicon device for recording from the heart and detecting an abnormal heartbeat.

In the current study, the researchers approached the design of a brain implant by first optimizing the mechanics of silk films and their ability to hug the brain. They tested electrode arrays of varying thickness on complex objects, brain models and ultimately in the brains of living, anesthetized animals.

The arrays consisted of 30 electrodes in a 5x6 pattern on an ultrathin layer of polyimide – with or without a silk base. These experiments led to the development of an array with a mesh base of polyimide and silk that dissolves once it makes contact with the brain – so that the array ends up tightly hugging the brain.

Next, they tested the ability of these implants to record the animals' brain activity. By recording signals from the brain's visual center in response to visual stimulation, they found that the ultrathin polyimide-silk arrays captured more robust signals compared to thicker implants.

In the future, the researchers hope to design implants that are more densely packed with electrodes to achieve higher resolution recordings.

"It may also be possible to compress the silk-based implants and deliver them to the brain, through a catheter, in forms that are instrumented with a range of high performance, active electronic components," Dr. Rogers said.
Posted by Unknown at 4:02 AM No comments:

A treatment called transcranial magnetic stimulation (TMS) can help depression, researchers say, even if antidepressants have failed. However, some have questioned whether the technique really works, says Dr. Mark S. George of the Medical University of South Carolina in Charleston. According to the skeptics, it is very hard to fake the sound and feeling of a TMS treatment, making it difficult to do a placebo treatment without patients being aware of it. As long as people know they are getting the real treatment, it is difficult to rule out that they may have thought it worked simply because they believed it would.


George and his team believed they have solved this problem, however. They have developed a dummy device which clicks in a similar way and causes a person's eye muscles to twitch just like the real device.

George said it was not clear how long treatment should last, but that it looked like patients should be treated at least three weeks, and perhaps even six weeks, in order to determine if it will work for them.

TMS works, according to George, by producing an electrical current that can pass through the skull into a target area of the brain. It is believed to work by "resetting" electrical activity of the brain, restoring normal mood regulation.

George says he hopes that when we better understand what area of the brain to target and at what dose and duration of treatment, success rates will improve even more, approaching the success rates currently seen with ECT, a treatment which uses an electric shock to trigger a convulsion while a patient is under anesthesia. About 60-70% of patients treated with ECT recover from their depression. With better success rates, TMS might be a less invasive alternative to ECT once it is fully developed.

Email : neuro@neurodoc.in
Posted by Unknown at 5:29 AM No comments:

Take up a tea habit. The healing powers of green tea have been valued in Asia for thousands of years. In the West, new research reveals that it protects against a variety of cancers as well as heart disease. Some scientists believe that a chemical in green tea called EGCG could be one of the most powerful anticancer compounds ever discovered.
Posted by Unknown at 4:39 AM 1 comment:

Add Garlic to everything you eat. Garlic contains sulfur compounds that may stimulate the immune system's natural defenses against cancer, and may have the potential to reduce tumor growth. Studies suggest that garlic can reduce the incidence of stomach cancer by as much as a factor of 12.
Posted by Unknown at 4:24 AM No comments: 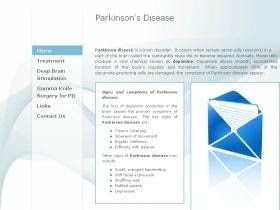